Zinnia has an eclectic education to match her wide range of interests.   She is an Economics graduate with a post-graduate diploma in marketing, is a businesswoman, a committed environmentalist and a social entrepreneur. She is also a certified landscape designer and as a Licentiate of the Royal Schools of Music, qualified to teach the pianoforte.

Her hobby and passion is gardening which she says never fails to lift her spirit.  She equipped herself by studying at the English Gardening School, Chelsea, and at Sotheby’s and SOAS intending to work with the Heritage Movement in Bombay on her family’s return to India after a 10 year-residence in the UK as her husband’s shipping company was involved in the building of the Channel Tunnel.

Those creative pursuits held her in good stead and she was more than rewarded designing and maintaining gardens at the flagship Taj Mahal Palace Hotel, the Taj Lands End and Soho House in Bombay among notable other establishments in India, the UK, Muscat and Syria, under the banner of her company “Bloomin’ Good”.

She also founded “Consolidated Waste Management India” in 1997, unbelieving of the filth and squalor at each turn!  Her badge of honour in this field has been the establishment and maintenance for 17 long years, of India’s first waste treatment facility at India’s prestigious cancer & tertiary care hospital, the Tata Memorial Cancer Centre.     Zinnia and her son went on to develop and patent a steam-steriliser to responsibly treat & dispose medical, agricultural, food and fish waste emitting no toxic air, liquid or methane emissions – well ahead of COP 26 and its agenda!  Zinnia’s main endeavour is to engage with a younger generation and expand into the UK,  Singapore and Dubai.

As part of her community-based, non-governmental activities she spear-headed the “Say Chhee” campaign designed by J. Walter Thompson for The Clean Mumbai Foundation.  As Founder Convenor of “CLEAN – Air” she was appointed by the High Court of Bombay onto a Committee to address vehicular pollution in Mumbai.  When organizing a “Rally Against Pollution” she worked closely with the Transport Commissionerate, Central and State government agencies and transport unions!  This comprehensive push to clean the air has proven to be one of the most successful anti-pollution campaigns in India resulting in the establishment of thousands of clean alternatives and no-to-low sulfur fuelling- stations and the strict monitoring of anti-pollution certificates.

To honour her teacher, a celebrated, world renown pianist and her Belgian conductor/violinist husband,  Zinnia convinced her contemporaries in 2012 to form “The Olga & Jules Craen Foundation” of which she is the Managing Trustee. The goal of the Foundation is to nurture the laureates via masterclasses and summer courses in Europe; to offer them a platform to perform at various schools of music in India and to feed into the newly formed Symphony Orchestra of India or similar. Zinnia would like to believe these to be her lasting legacies to the city of Bombay ….the hanging baskets in the magnificent arches of the heritage Taj Mahal Palace Hotel, establishing the first waste-treatment facility in India, spearheading the clean air movement and founding a unique initiative to nurture and develop young musicians in India today! 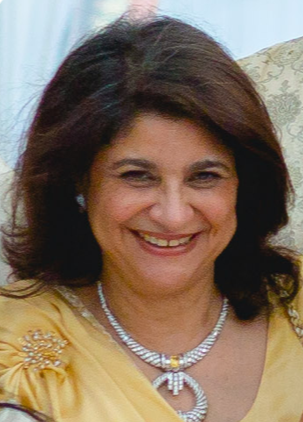