Zenobia grew up in Delhi as her grandfather and father both worked for the central government.  She was always active with the small, but progressive Delhi Parsi community and was the first ‘youth trustee’ to be appointed to the Board in 1972.

An alumnus from Delhi University with an Honours degree in English Literature, Zenobia began her career with the Market Planning and Research Dept. of IBM, but quit after her marriage to an army officer, accompanying him on his frequent postings all over India. As an army wife she took particular interest in the running of ‘Welfare Centers’ for soldiers’ wives, with a focus on health and education. From 1981-83 she ran an Army School in Cooch Behar, North Bengal, in a predominantly Naxalite area.  The Naxals had burnt all English medium schools in the district except the one on army premises.  Despite receiving death threats, she persisted and was able to get the school recognized by the Central Board of Secondary Education.

In 1984, when her husband was posted to Delhi, she went back to work fulltime at the World Bank.  In 1994 she transferred to their HQ in Washington.  She worked mostly in the area of Resource Management, Controls and Compliance after acquiring a degree in Financial Management and Accounting.  She retired in 2012 but continues to pursue her passion in consulting for the Bank. 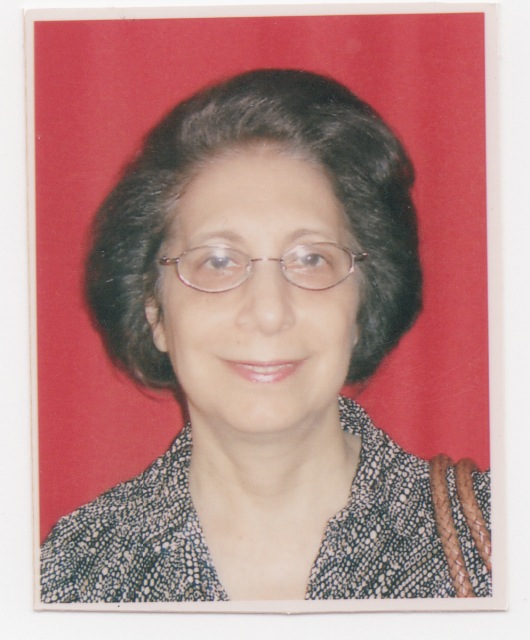