Professor /Dr Zenobia  Nadirshaw is a Consultant Clinical psychologist who has worked in the National Health Service for 45 years, She is Associate Prof at Exeter Uni .  As an academician, lecturer at several universities and author of several publications  over the past 25years. She has lectured widely on Double Discrimination and has received 3 Honorary Doctorates.  She is Trustee of different organizations and lectured at National and International levels on  issues of Double discrimination, Equality and Inclusivity – thereby creating change within her profession and overall Service provision.  She continues to teach and train Clinical psychologists and Therapists. She had chaired several Health and Social Services committees – managed budgets, provided  direction and led substantial organizational change in the workplace as well as within  her professional  organisation(the British Psychological Society  BPS).  She has received  several awards from the BPS (Honorary Life Member), the British Medical Association, the Inspiring Migrant Woman of the year award,  Key to the City of London award bestowed by the Guildhall and has  received an  MBE Award (Member of the British Empire) from Prince William at Buckingham Palace 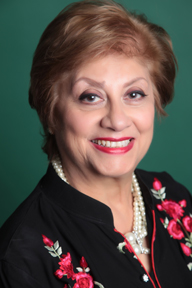