Zarine, daughter of Cursetjee and Parin Kharas of Karachi, arrived in the UK in late 1970. After graduating from Girton College, Cambridge with a BA in law she established herself in the City of London working first as a solicitor and later moving into investment banking in the mid 80s.

The late 90s saw her reassessing her career and in 1999 she co-founded JustGiving which was launched in 2000. To date, used by tens of millions of individuals to process over US$5bn, it remains one of the world’s largest enablers of fundraising for both charities and individuals.

On 22nd April 2009 at the Royal Society of Arts in London, Zarine Kharas received the highly prestigious Albert Medal from the Society, for her “contribution to social innovation” as the co-founder and CEO of Justgiving. The Society sees itself as “a cradle of enlightenment thinking and a force for social progress”.

Although now retired, Zarine continues to believe, in the words of Amarty Sen “The New Business of Business” “… what is needed above all is an understanding of how a variety of organisations … can together contribute to producing a more decent economic world.”

Zarine was made a Dame Commander of the most Excellent Order of the British Empire (DBE) in 2015 “for services to business and charity”. 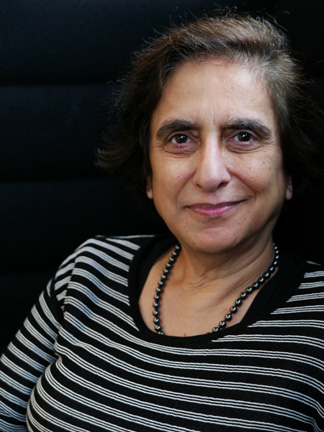