Born in Karachi, her early education thereafter boarding school in England, went on to secretarial college in London, worked in a shipping company till 1961, to unexpectedly return to Karachi. She is married and is the 4th generation of her family residing at Karachi.

From 1968 she has spent the rest of her life in social service for the Zoroastrian community and others. As the President of the Karachi Zarthosti Banu Mandal from 1994 – 2001, Toxy initiated numerous community-oriented projects that ranged from helping young people and working with families to developing knowledge and skills, implementing a country wide census of the community which led to the ongoing A & T directory, to establishing lines of communication with a monthly newsletter “What’s On.”

She has edited and published several books, including the cookbook ‘Manna of the Angels’ and was the editor of HAMAZOR, from 2002-2019, the publication of the World Zoroastrian Organization, UK.

Toxy was also the first woman president of Karachi Parsi Institute in its then 110-year history, established in 1893. An advocate for the underprivileged, whether Afghan refugees, victims of floods, tsunamis and earthquakes, or farmers suffering in Gujarat, she raised vast funds and personally distributed the appropriate commodities under the banner of WZO.

Today she has retired from the numerous committees she was involved with both in Pakistan and UK, though continues to be vice chairman of the BVS Parsi High School, Karachi, which was founded by her maternal great-great grandfather Shahpurji Soparivala in 1859. 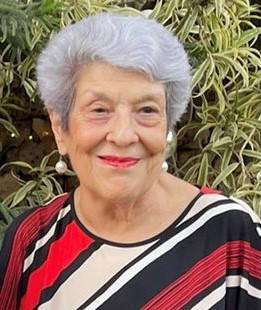