Tooran Shahriari Bahrami Law and poetry seem an unlikely combination, yet Tooran Shahriari Bahrami has made a mark both as a lawyer and a poet. After obtaining her BA in Law from the Tehran University in 1955, Tooran became a Legal Advisor to the Ministry of Labour, Tehran, Iran on issues related to working women and children. When she qualified the Bar in 1963, she became the only Zarathushti woman to practice law at that time. As a matter of fact, she became one of the few Iranian women lawyers of that time. Besides practicing law, she took up the post of Chief Labour Specialist and Arbitrator, Ministry of Labour, Tehran, Iran. The Iranian revolution in 1979 forced her to give up her practice as women were banned from practicing law. Having an inherent love for literature and poetry, she turned from law to verse. Her first collection of poetry in Farsi, Gohar was printed in 1966 and named after her mother. In 1973 on of the occasion of the 2500th anniversary celebration of Persian monarchy, she won a special award for her commemorative poems about Kurush (Cyrus the Great). In the same year, she also wrote a historical portrait of women’s dress in Iran entitled Negar-e- 3 November 1931 Zan.

Another historical personality that Tooran has immortalized in verse is the first woman Prime Minister of India, Indira Gandhi. Her son Rajiv Gandhi specially acknowledged the tribute, and the poem was later published in a book by the Iranian Embassy in India. Many of her poems have been printed in Iranian journals like Sefid-o-Siah, Etelaat, Banovan, Zan-e-Rooz, Mehr, as well as international publications including Kooros-e- Bozorg (USA) and Peyvand (Tajikistan). Tooran has the added distinction that several of her poems have been set to music as anthems of national events. Some of the more popular anthems include Kerman by the Kerman Cultural Association, Ahura by the Zoroastrian Student Association, and a special poem rejoicing the victory of the Iranian Soccer team in the World Cup Qualifying Championship on behalf of the Iranian Ministry of Culture. In recognition for her contribution to Iranian literature, in 1999 the Center for Women’s Partnership and Participation, Tehran, Iran, under the auspices of the Office of the President of Iran, selected Tooran as one of the sixty outstanding women of Iran.

Tooran has represented Iran at several national and international events including the First Persian Cultural Festival held in Sydney, Australia in 1994. The Festival was organised by the Iran Foundation of Australia to showcase the rich heritage of Iran. She was invited to the fourth gathering of Tajikis from around the world at the Unity Palace in Dushanbe in 1999. This event celebrated Tajikistan’s independence as well as 1100 years’ reign of the Samanian Dynasty. Tooran was officially selected to accompany the President of Tajikistan to the auditorium as part of his entourage. 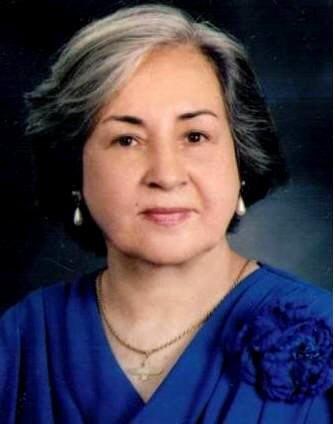