Founder of Tanya Computer centre for Visually impaired, which now has 6 Centres across India with more to come.

After her graduation in the Arts stream from St. Xavier’s College Mumbai, visually impaired Tanya Balsara struggled a bit to find a vocation to which she could devote the rest of her life. At that time, she heard about a basic computer course being offered by Indian Association for the Visually Handicapped (IAVH) and enrolled for it.

Subsequently, she trained one of her visually impaired friends at home to use computers and this gave birth to the idea of Tanya Computer Centre (TCC), which first started at MNB Home in 2006 and since 2015 operates from its independent place at Malcolm Baug in Mumbai.

Tanya teaches students personally at the Centre and gives individual attention to each student and makes him or her computer literate by the end of the six months part time programme. This course is offered completely free of cost by Tanya. The course equips students to use MS Office application, which helps them get jobs in the corporate world. She also offers English classes and tries to develop students’ personality to equip them for work life. Tanya believes that all work and no play makes Jack a dull boy and therefore the course is sprinkled with a fair number of activities like get together, games, picnics and celebrations on festival days. All this prepares the students to lead a purposeful life, develop social graces and equips them to get a job. So far she has trained almost 300 students personally, most of whom have found employment in the public and private sector.

In 2018 Madison Resource Foundation adopted Tanya Computer Centre and the Centre soon expanded to Gujarat through collaboration with Blind People’s Association in Ahmedabad. Today Tanya Computer Centre operates from 4 centres in Gujarat at Sayla, Kapadwanj, Deesa and Ahmedabad and over 3 years, 143 neighbouring villages have been covered and 160 males and 140 female students have been made Computer-literate. While many have got jobs, thanks to the computer training provided, it is heartening to know that 10 of these students have started their own business ventures. During the pandemic since in-person classes could not be conducted, online training was provided and blind people from different parts of the country could also take part and benefit from the programme. As many as 172 were trained through online training. Number of additional courses on Braille and Technology, Vedic Maths, Javascript and a course for preparation of competitive exams were also launched. Tanya Computer Centre is also setting up new Centres in Valsad, Bihar, Jharkhand, Chattisgarh and Madhya Pradesh. At the time of writing this the Katni (Madhya Pradesh) and Valsad (Gujarat) Centres have already started. More centres are planned in Madhya Pradesh.

As Tanya says, “The visually impaired don’t have sight, but don’t lack vision.” And Tanya has a lofty vision – For each of the estimated 8 million blind in India to be made computer-literate. And she hopes that Tanya Computer Centre will provide the stimulus for other large Corporates and the Government to take up the cause of computer education of the visually handicapped. Tanya also believes that all persons are good at something and not so good at something and to be visually handicapped is no big deal and does not let this come in the way of leading a purposeful, happy and busy life. 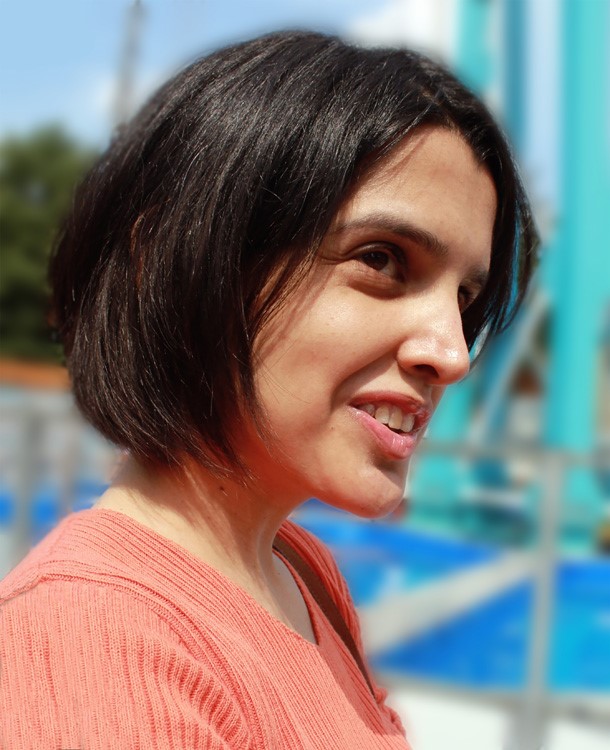