“The best way to find yourself is to lose yourself in the service of others.” Mahatma Gandhi

Sunnu started her work life as a secretary but even then she knew that she wanted to build the profession for others therefore in 1994 she prepared and offered complimentary job skill training to young women at the local secretaries’ society. Soon other organizations invited her to conduct similar sessions, this has been an ongoing passion of hers and even up to last month a prestigious bank approached her to mentor their secretaries. In 1995 she launched the ‘Professional Secretary’s Award” and helped enhance the image of this profession by ensuring the event got press coverage along, and subsequently a dedicated section on secretarial profession in a leading national newspaper (the Dawn). One of the winners at this event sought coaching from Sunnu in order to compete in the Asia-Pacific contest which she won effortlessly. She also launched a newsletter with topics on job skills, technology, corporate profiles and interviews. To ensure continuity and succession planning she now has members writing for this newsletter while she only plans and edits the issue.

In 2004 she changed her career and moved into Human Resources. This was the most fulfilling part of her work life. Her seniors valued her ability for conflict resolution, staff development and intuitive input on an interviewee fitting the company culture. As rep for corporate social responsibility, she initiated projects to uplift children and create health and environment awareness. During re-branding of the company in 2011, she was the go-to person of the team and, subsequently a member of the ISO Certification team.

A testament to her diligence and hard work was highlighted when Sunnu retiring and her boss asked her to find a Parsi woman to replace her because she showcased the Parsi spirit of integrity, commitment to work and a peaceful disposition.

As the secretary of Karachi Zarthosti Banu Mandal (KZBM) Sunnu dwelled into its archives and was fascinated to find how a band of wealthy housewives, who had set out to uplift the weaker members of the community, had a printed constitution as early as 1923 and their correspondences neatly folded and placed in shoe boxes! They had reached and met varying needs of the community. To celebrate and recognize their achievements she authored the book ‘Sands of time”. She also helped create a coffee table book at the centenary of her school at the request of the principal. The book showcased the fabulous work of the school, from the founders’ vision and values to profiles of notable teachers and alumnae who empowered others through their work. This was co-authored with the founder’s great grandson.

Writing has also been a joyful way for Sunnu to ‘connect’ with people. She has continued to work on the community newsletter created by Toxy Cowasjee. The newsletter covers the achievements of our people, announces community events, activities and milestones, along with topics on the Faith. This has become an e-newsletter since 2013 and requests are regularly received from ex-Karachiites to add them to the mailing list.

After retiring Sunnu has taken up painting as a hobby. She has a score of paintings on paper and canvas. Right now she is focusing on a series of paintings on the Parsi culture, viz “Sagan na chalk-toran’, ‘Navroze band’ and ‘a Parsi lady offering prayer” with more to follow, for the posterity to know about.

At the community level, Sunnu has had the joy of serving the indigent and elderly of the community. She has encouraged and worked with the youth in processing their high education loans and subsequent repayment so that the facility was perpetuated. For WZC2022 she has provided the history of Zoroastrians in Karachi, Lahore, Multan, Peshawar, Quetta and Rawalpindi and, input for the project “Joyful Centenarians”.

Zoroastrian tenets ‘truth is the best’ and ‘do good because it is good’ are Sunnu’s guiding principles. 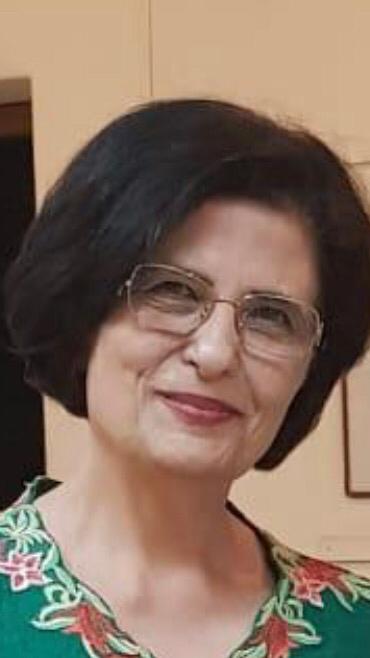