Mrs. Smita Godrej Crishna was educated at the J B Petit school in Mumbai, completing her ISC from the Presentation Convent, Kodaikanal.  She graduated with a BA in History and Political Science from St. Xavier’s College Mumbai and then went on to acquire a Diploma in Communication Arts (Television Production) from Loyola College (now Concordia University), Montreal.

Mrs. Smita Godrej Crishna is very actively involved with the Udayachal Schools at Vikhroli, founded in 1955.  The Schools were started for children of employees, be it workmen or managers.  Over 2000 children attend Udayachal which imparts education to both girls and boys.

She is a Trustee of the Soonabai Pirojsha Godrej Foundation, which oversees the conservation and preservation of the largest privately managed belt of mangroves in Mumbai, and a Director of the Naoroji Godrej Centre for Plant Research, a not-for-profit Section 25 company set up at Shindewadi, Satara to conserve, multiply and propagate endemic plants of the Western Ghats.

She is a Committee Member of the Mehli Mehta Music Foundation which encourages the learning of Western Music in Bombay and is on the Advisory Board of the Children’s Museum of the Chhatrapati Shivaji Maharaj Vastu Sangrahalay (CSMVS) formerly known as the Prince of Wales Museum.

She was a Co-Founder of the Association for Inter-married Zoroastrians (AIMZ) which was founded to safeguard the rights of Zoroastrian women married out of the community. She also served as the Chairperson of the Heritage Mile Association. 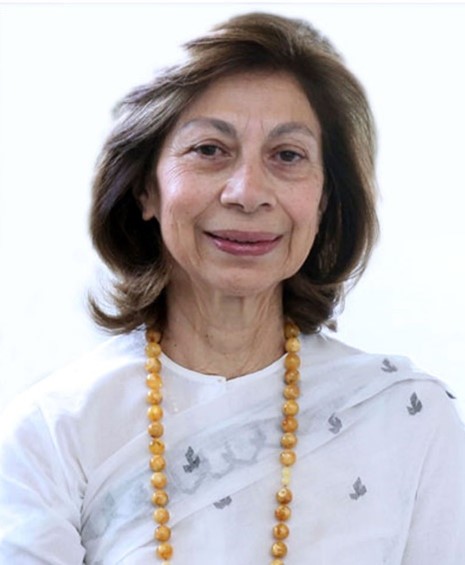