Shernaz Walton I was born in Bombay (now renamed Mumbai) a few years after India became independent from British rule, into the minutest of ethnic minorities, known as ‘Parsis’. Parsis or Parsees are an ethnoreligious group who migrated to the Indian subcontinent from Persia during the Muslim conquest of Persia (CE 636–651); one of two such groups. Zoroastrianism is the ethnic religion of the Parsi community.

At the age of 5 years, both myself and my twin sister developed encephalitis. My sister subsequently passed away from the illness, but I survived. However, I was left with paraplegia which I believed was due to spinal oedema caused by regular intrathecal streptomycin injections. A year after intensive physio- and hydrotherapy I regained the use of my legs and was able to walk again.

I then completed my schooling at JB Petit High School, a private all-girls English grammar school in Fort, Mumbai, Maharashtra, India, that was established in 1865. The school currently offers the Indian Certificate of Secondary Education (ICSE) board. The school’s progressive, innovative and creative methods of teaching make it the most prestigious all-girls school in India: as of 2017 and 2018 JB Petit High School was ranked as the number one all-girls school in a national survey.

In 1967, I gained admission to the Topiwala National Medical College in Mumbai and qualified with my basic medical degree in 1973.

I was attracted to dermatology as a second-year medical student in Mumbai, when I helped at an international world congress on the subject (Fig 2). I became so interested that I did the pilot work for my MD thesis even before I gained my MBBS – I served all the hospitals in Bombay in developing a staining technique for demonstrating mast cells while collating material for my own research.

Each of the four medical colleges in Mumbai is offered one seat for MD registration in dermatology and venereology by the University of Mumbai, and I was awarded the only seat from my medical college in 1973 on grounds of merit.

I suffered another setback when my allocated supervisor of my MD discouraged me from continuing as he was against women being in further education. My college dean, who was very supportive, then transferred my MD seat and registration to a younger, dynamic dermatologist at one of the other medical schools in Mumbai (Lokmanya Tilak Municipal Medical College). The late Dr VR Mehta was a most inspiring teacher.

I qualified in the specialty with a diploma and an MD in 1976 and was awarded the best thesis prize by the university in 1976 for my thesis on ‘The Mast Cell in Health and Disease’.

Working towards my MD was very challenging. I had to travel across the city to access the only electron microscope (located at the Tata Memorial Cancer Hospital) and I had no choice but to develop my own sections and staining. My slides and photographs had to go to Japan for colour production as only black and white was available in India then. Also, to type up my thesis, I had to sit on a pavement in scorching heat with a typist who had a very poor knowledge of English, resulting in many months correcting mistakes. There were no computers in those days, and one relied on these typists, who are now jobless with the advent of computers.

As my career developed, I soon found that I wanted to do more medical research, but that facilities in India were unavailable. The language in Mumbai was changing from English to Marathi for all official documentation, directions / signs on roads, bus signs and numbers, which I could barely speak and was not able to read or write. That’s why, in 1976, I took the decision to leave Mumbai and come to the UK.

Of course, it wasn’t an easy decision to make and there were many obstacles in my path. For one thing, the Indian Government allocated a £2.46 allowance, stamped on my passport for me to leave the country with. This was routine practice to discourage doctors from leaving the country. I applied for an additional allowance of £75 from the Reserve Bank of India but was refused it.

I was only allowed into the UK when, after hours of deliberations, I told the airport officer that I was expecting some South African Rands from a friend in South Africa. I had no relatives or accommodation arranged in London when I arrived but luckily an old medical school friend who was a local GP spotted me in ‘arrivals’ and put me up at his house where he lived with a joint family of about 20. I was thankful for being provided with a mattress under a bed and my friend’s advice on how to write a CV and apply for a job.

In 1976, I completed a 6-month pre-registration job with the late Dr David Ferriman, whose Ferriman–Galleway hirsutism scale I used in my own research; I dedicated my 2007 RCP lecture in Hull and East Yorkshire to him.

During the course of this job, I ended up in a number of compromising situations that resulted from sexual harassment from white male colleagues who took advantage of my naivety.

In my first career post as a senior house officer (SHO) in general medicine in Hull in 1977, I experienced racism for the first time. Some patients refused to be examined by Asian doctors – including myself. Even my registrar who was Indian was not allowed to insert a pacemaker by a patient. We were both supported by our senior white consultant who came into the hospital and told the patient that he either let the Indian doctor put in the pacemaker or allow nature to take its course.

This wasn’t the only instance of racism I faced throughout my career. When I applied for a much sought-after dermatology registrar job in Newcastle I was not shortlisted despite having numerous publications unlike my co-applicants. I then wrote to Professor Shuster as to why I had not been shortlisted and was promptly invited to come for the interview and was offered the job. I was the only non-UK graduate at the interview which explained why I wasn’t shortlisted. I faced the same obstacles in my further training posts, including at consultant level, which were more related to my being a woman rather than my racial origin.

Despite these setbacks, I continued up the career ladder in full-time posts, with two young children at home and a doctor husband. Both of us were employed in different parts of the country and we had a string of live-in nannies. In 1997, I was appointed as a consultant in dermatology in Hull and East Yorkshire. I retired in 2015 and took up a part-time post at the Spire Hull and East Riding Hospital while maintaining my research commitments at the main NHS hospital and the University of Hull.

I’ve always been interested in inspiring others to get into medicine, and particularly to pursue a career in dermatology. I continue to be a mentor to the DermSoc society set up by Hull York Medical School students in 2019, and I regularly participate in interactive meetings arranged by them. I also do my utmost to help colleagues achieve the requirements for entry into the specialist register and ultimately become consultants in a shortage specialty such as dermatology. 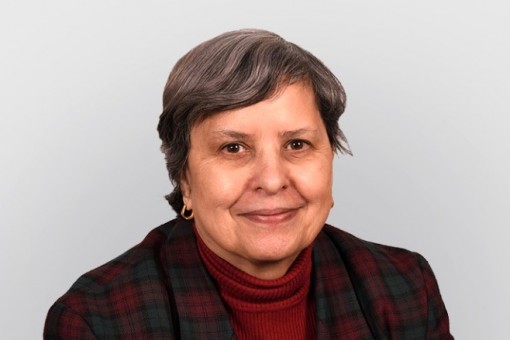