Dr Rukshana Nanji is a double Post Graduate having completed her Masters in English Literature from Pune University and in Ancient Indian History, Culture and Archaeology from the Deccan College (Deemed University), Pune. She secured University first ranks in both degrees and was the first recipient of the prestigious H D Sankalia Gold medal. Her doctoral thesis was awarded a PhD by the Deccan College, Pune in 2011 and was published under the title “Mariners and Merchants: A study of Early Medieval Ceramics in India, with special reference to Sanjan” (Vol.I Sanjan Excavation Reports) by BAR, Oxford. She has also co-authored a book on Buddhist sites in Gujarat with Prof K Krishnan and Dr Atusha Irani.

Dr Nanji has worked extensively as a field archaeologist and ceramic specialist on several sites in Gujarat, Maharashtra, Rajasthan, Madhya Pradesh and Karnataka. She has presented her work and has been invited to speak at several prestigious institutions and conferences in India and abroad. Her academic papers have been published in national and international journals and edited volumes. She is based in Pune and works as an independent researcher. Her present research is a continuation of her work on Early Medieval port sites on the western sea-board of India and interactions across the Indian Ocean as reflected in the archaeological record. 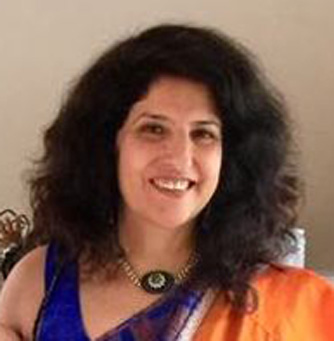