Roxanne Varza was previously the head of French Microsoft start-up activities, including Bizspark and Microsoft Ventures and currently serves as Director of Station F, a large start up incubator facility in Paris. She is recognised as one of the most influential figures in the French startup ecosystems.  Prior to working with Microsoft, she was part of multiple European start-up companies and was the editor for TechCrunch France, which she received a job offer from after writing the blog TechBaguette. Her activities also include advising Silicon Valley corporations about opening in France. She co-founded Girls in Tech Paris, Girls in Tech London, and was the founder of the website Tech.eu. Girls In Tech organizes training courses in computer code writing for women.

In April 2013, Business Insider ranked Roxanne Varza among the 30 most influential women under 30 in the technology sector.

The French media have called Varza the “young empress of startups”, the “queen of tech”, and “the new pope of high-tech and startups in France.”

An Iranian American who grew up in Silicon Valley, Varza was formerly a journalist and startup ambassador before being personally selected by Free founder Xavier Niel to spearhead the development of Station F.

Born in 1985 in Palo Alto, California, to a Zoroastrian Family. Her parents emigrated from Iran in 1979 during the Islamic Revolution. Varza obtained a bachelor’s degree in French literature from UCLA. In 2007, she joined Business France, then known as the French International Investment Agency. Later, Varza decided to move to France for further studies. From 2009 to 2011, she pursued a dual degree between Sciences Po Paris and the London School of Economics, obtaining a master’s degree in International Business and a degree in International Economic Policy. 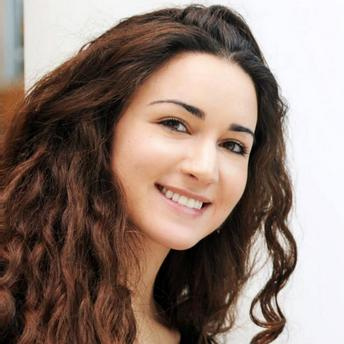