Roxana Anklesaria had her initial musical training with Enid Roberts in Pune and thereafter with Tehmie Gazdar and Farida Dubash in Mumbai. In 1985 she received her Bachelor of Music degree from the University of British Columbia in Vancouver, Canada studying piano with Mary Tickner.

On returning to India, Roxana established a private music studio in Pune, performed in several Indian cities besides conducting piano masterclasses.  An avid promoter of local and national talent, she organized Student Musicales, a Young Talent concert series and was Founder-Convener of  two very successful All India Piano Competitions.   She has adjudicated at the Most Wanted Pianists Competition  in Atlanta, USA and was a jurist a the Valentino Bucchi Piano Competition in Rome, Italy.

In 1993 Roxana established a private studio in Vancouver, Canada; teaching piano, music theory, harmony and history for the various examination systems. She was active as an adjudicator for music festivals in Vancouver and  British Columbia and has presented masterclasses in India, Canada and Thailand.

Actively involved in promoting piano pedagogy and professional development to the Vancouver area teachers, Roxana has served as Program Convener for the British Columbia Registered Music Teachers Association (BCRMTA).  Additionally she was founder and convener of their annual  International Piano Masterclass and Workshop Series bringing prominent pedagogues to the city for concerts, teacher  workshops and student masterclasses.  She was also Founder -Director of  the Vancouver International Piano Sessions.

In 2001 Roxana returned to India following her marriage.  She established the Academy of Music, a multi piano teaching facility in Pune.  She teaches here with assistants trained by her.  Roxana is the Founder-Convener of  MusiQuest, a successful music festival brings together students from across the country to perform, interact and be adjudicated by an international panel.  She also invites to the Academy, international pedagogues to present masterclasses, workshops and recitals. 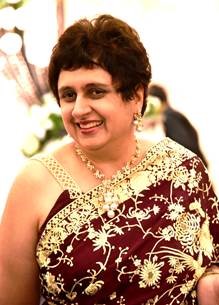