Roshan Rivetna is committed to perpetuating the Zoroastrian religion and traditions in the diaspora. She is best known for stewardship of FEZANA Journal (Editor, 1991 – 2005) from a fledgling newsletter to a world-class publication.   She edited FEZANA publications “The Legacy of Zarathushtra”,  “Zoroastrian Connections with Judaism and Christianity”, and “Zoroastrians – Followers of an Ancient Faith in a Modern World,” and “My Mother Used to Say” (co-authored with Dinaz Rogers).

Roshan’s study of worldwide Zoroastrian demographics [The Zarathushti World – a Demographic Picture, FEZANA Journal, Fall 2013] has raised consciousness of issues facing the worldwide community. Her efforts at bringing Zoroastrian singles together were featured in Matters of Heart and Faith Guide a Zoroastrian Matchmaker in the 2009 Valentine’s Day New York Times.

Professionally a scientist (Roshan has a Masters in Nuclear Physics and pursued a career at Atomic Energy Establishment Trombay, Tata Institute of Fundamental Research, Bombay, Argonne National Laboratory and AT&T Bell Laboratories in Chicago), since retirement, Roshan has turned attention to her artistic and culinary talents.

With her collection of silk flower decorations and ‘mandap’, Roshan is often called upon to decorate for gala events. Roshan has developed her love for Parsi/Persian sweets and savories – into her ‘business’ (more a hobby) — “Badam-ni-Boi & More” now “ParsiMithaiShop” since Rita Kapadia kindly offered space on her website www.ParsiCuisine.com/ParsiMithaiShop. 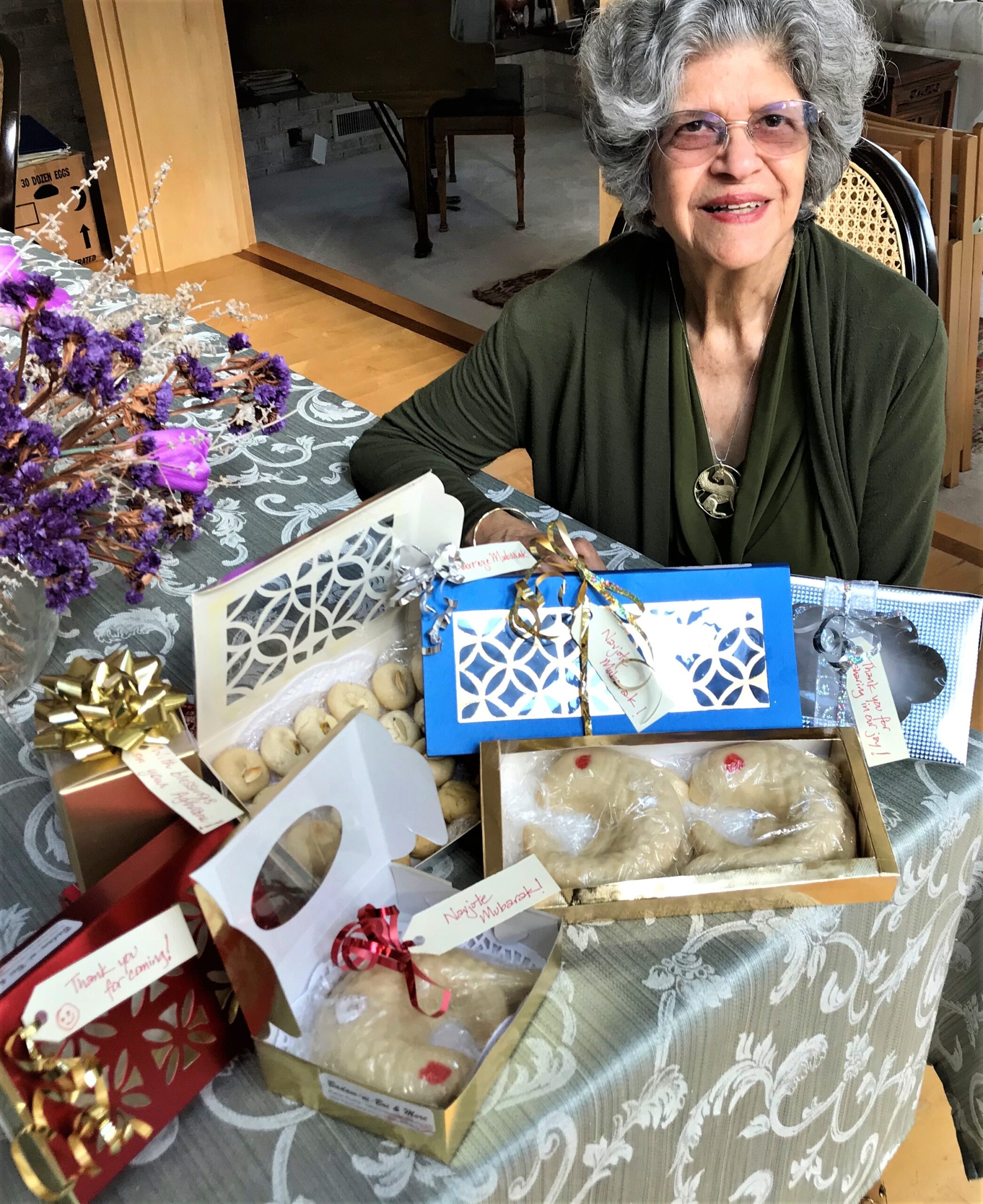