Roda Ahluwalia is an independent scholar of South Asian Art, with an interest in painting and the book arts, religio-philosophical thought and the material culture of South Asia. An Economics graduate degree, Roda began her career with Citibank, Mumbai where she met her life partner, Harmohan.  She soon realized her aptitude and love for the arts and decided to formalize her love for South Asian Art by pursuing a post graduate degree in Art History.

As a ‘Friend of the Museum’ in Singapore, she pursued knowledge of the arts & culture of various Asian countries as a study-group leader, lecturer, President of the group and finally in an advisory capacity to the Friends and the Museum. In London she obtained post graduate degree courses at SOAS in South-East Asian and South Asian Art, followed by a distinction in a post graduate degree at SOAS, University of London.

The British Library and the British Museum utilised her in-depth knowledge to catalogue various paintings and manuscripts in their collections. This was an exciting opportunity for Roda and she spent several years in both institutions honing her skills and obtaining the experience she desired. She catalogued a valuable anonymous donation of artwork to the British Museum, and catalogued the illustrations of two important 17th and early 18th century Ramayana manuscripts in the British Library.  In addition she curated and tutored an academic adult education course ‘1500 years of Indian Painting’, a joint venture between Birkbeck University and the British Library.

She wrote  ‘Rajput Painting, Romantic, Divine and Courtly Art from India’ on the Rajput painting collection in the British Museum which was published by the British Museum Press, Mapin Publishing, (Ahmedabad) and Grantha (USA) in Year 2008.

On moving to Mumbai with her family, she compiled art historical metadata of a volume of a 17th century illustrated Ramayana manuscript from Mewar (c. 1649-53), which was a joint project between the CSMVS Museum, Mumbai and the British Library, London.

She has lectured on various subjects at SOAS, the British Library (Birkbeck Course), the British Museum, the Royal Asiatic Society (London), the Indian Arts Circle in London, the Ancient India and Iran Trust in Cambridge, and at the CSMVS Museum and Jnanapravaha in Mumbai.   She is currently a visiting scholar of Jnanapravaha for the Indian Aesthetics post graduate course on Mughal, Deccani and Pahari painting.

She has written several articles in academic publications and organized a Seminar at the K.R. Cama Oriental Institute titled ‘The Art and Culture of Mughal India’ which was attended by world renowned International scholars. This resulted in 13 eminent scholars publishing a handsome volume of ground-breaking articles titled ‘Reflections on Mughal Art and Culture’, edited by Roda and published in 2021.

She is currently researching four Rajput illustrated Ramayana manuscripts with a view to publishing, and divides her time between Mumbai and London. Her other interests include Western classical music, theatre and dance; she currently serves as an Executive Committee member of the Mehli Mehta Music Foundation and on the Governing Board of the K R Cama Oriental Institute, both in Mumbai. 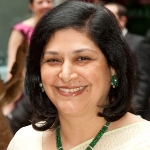