Rita Mehta, daughter of internationally famed and revered Journalist Russy Karanjia of BLITZ, paved her own thundering path in the field of journalism when she launched CINE BLITZ and sky rocketed it to unprecedented heights for over 30 years. The film magazine grew to become a powerful household name and Rita broke new grounds in Indian film journalism.

RK KARANJIA, who was known for his fiery interviews with Churchill, Tito, Fidel Castro, Khrushchev, Zhou Enlai, Yasser Arafat, Ghaddafi, Mubarak, among others, was later accompanied by his daughter Rita on various state visits, meeting leaders like Nehru and Indira Gandhi, Egypt’s Nasser and Iran’s Shah among others. She even developed communications strategies for the then Prime Minister Rajiv Gandhi.

Described by the largest publishers in the Middle East, the ITP Publishing Group, as ‘One journalist whose career graph is truly awe-inspiring’, ‘A publishing industry giant, who redefined entertainment’, Rita was christened the ‘star maker’ for her inimitable ability to create and brand celebrities in Bollywood, many of whom she counts as good friends even today.

Rita, along with her husband Karl Mehta, then founded THE DAILY; the first-ever business and political daily tabloid in India.

Rita and Karl also contributed to the BLITZ NATIONAL FORUM, founded by her father encouraging debate over international issues of political, social and humanitarian concern.

In 2002, Rita along with her daughter Faarah launched HI! BLITZ, that rapidly became one of India’s most popular personality and photo journals of its time.

After the publishing house was acquired, Rita and Karl launched KEYNOTE MEDIA, a content syndication agency.

In 2013, Rita founded and launched KEY GLOBAL, an image and brand management firm in Dubai, UAE.

Over the years, Rita served on various philanthropic boards including

The Red Cross, the United Nations among others. She has been on celebrity facilitation panels for the The Giants Awards, Esquire Awards, Masala! Awards, among numerous others. 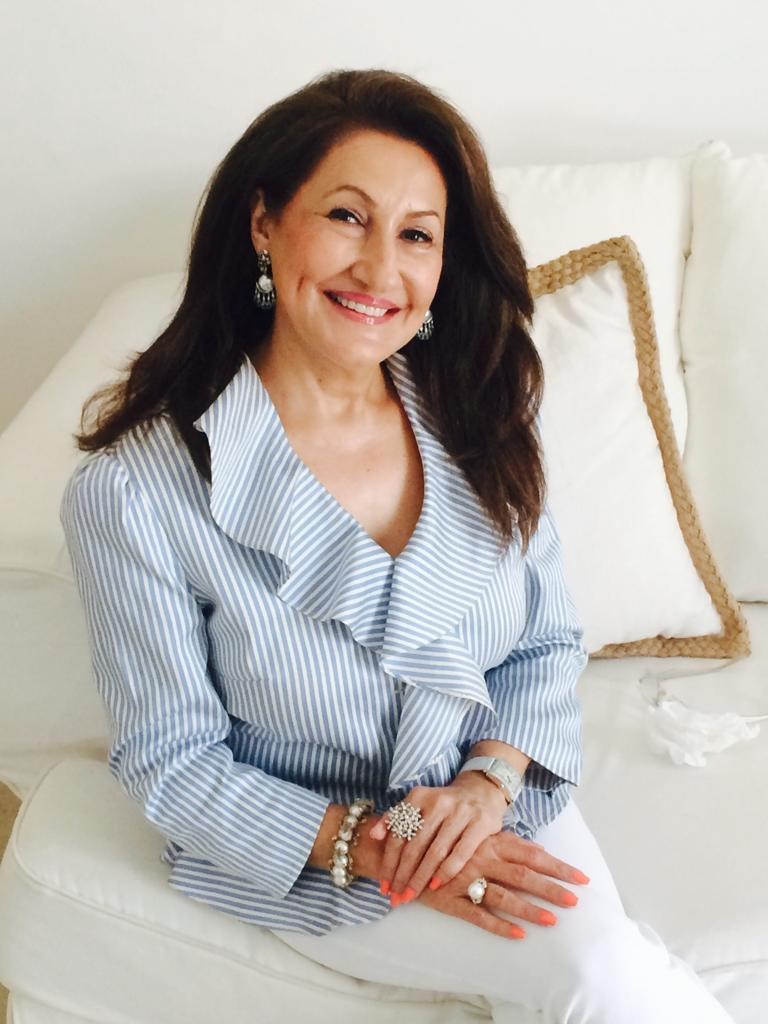