Dr Rashna Writer is a political scientist, and has worked as a political analyst. She commenced her career as a Research Associate at the International Institute for Strategic Studies, London; went on to become a Contributing Editor of the Defense & Foreign Affairs Handbook; Defense & Foreign Affairs Strategic Policy. Subsequently, she was Head of Global Risks for a leading strategic risk consultancy in the UK, where she specialised in advising Lloyds of London syndicates specialty insurance underwriters on political risks, war and terrorism risks. She was a senior advisor to some major British, Austrian and German companies. Dr Writer contributed occasionally on strategic risk issues on CNBC, Bloomberg and Reuters television.

Dr Writer pursued a parallel career in academia. She is the author of Contemporary Zoroastrians: An Unstructured Nation (1994); co-author, with Shahrokh Shahrokh of The Memoirs of Keikhosrow Shahrokh (1994) and author of The Reshaping of Iran from Zoroastrian to Muslim (2013). In 2021 she produced the audiobook: The Story of the Zoroastrians: An Historical Perspective, available on www.rashnawriter.com. She has lectured on ancient Iranian history at Birbeck College (London) and Richmond College (London); was a Research Assistant at Manchester University where she undertook work on the Zoroastrian community in the United Kingdom. From 2008 to 2019, Dr Writer was Senior Teaching Fellow in the Department of Study of Religions, School of Oriental and African Studies (SOAS), London University, where she lectured on Zoroastrianism in Ancient and Modern Worlds. She has participated at international conferences and lectured in the UK, USA and the Indian sub-continent on Iranian history.

Among her awards were a Commonwealth Scholarship (1973), and a Fellowship of the British Institute of Persian Studies (1988). She was a member of the National Employment Panel: 2006-2007, commissioned by Britain’s then Chancellor of the Exchequer, Gordon Brown, before his elevation to the office of Prime Minister.

Dr Writer holds a doctorate from the London School of Economics in International Relations. 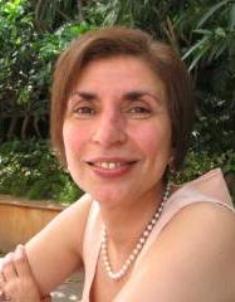