Perin trained as an industrial copywriter in Pune whilst in college. With local, national and an international award under her belt, she quit at 25 to freelance and figure out her ikigai. Entranced with calligraphy as a child yet possessing no formal art degree; Perin   studied the basics of this art under a Master in Mumbai. Inspired by his thesis on an old script; she introspected and identified her personal quest: to revive the ancient Avestan script of the Zoroastrian prayers.

Post a pilgrimage to Iran in 1998, Perin was honoured to accept an Ashta No Kai NGO scholarship to Obirin University,Tokyo, to study Chinese calligraphy for a semester in 2000. Married on her return, she worked determined to devote time during her twin pregnancy to the manuscript of her inspired kusti prayer book. Self-published in 2005, it is the world’s first calligraphy Kusti Prayer Book showcasing Avestan, Roman and Gujarati scripts along with an English translation. This beautiful presentation is used by children worldwide to learn their Navjote prayers with the privilege of appreciating the 6th c Avestan script alongside!

Perin has conducted several creative calligraphy workshop sessions for high-profile corporate houses. She also invites children into the magical world of informal calligraphy while guiding them to a place of self-reflection. Her Avestan art is sold by word of mouth to a prestigious circle of patrons. Commissioned to create artworks for national and international exhibitions like SOAS’ The Eternal Flame, London, PARZOR’s Threads of Continuity, IGNCA, Delhi, and Qalam Aatma International Calligraphy Festival, IIC, Delhi; Perin revels in the peace of creating sacred art for homes. In 2016, for the first time, the 1001 Names of Ahura Mazda was exhibited in Avestan. The past years have also been spent editing many spiritual books and articles for her Jain college friend, who subsequently took monastic vows. Perin’s current project aims to introduce our community to the lost and forgotten Zoroastrian 1001 Names of Ahura Mazda in an exquisite Avestan calligraphy book. 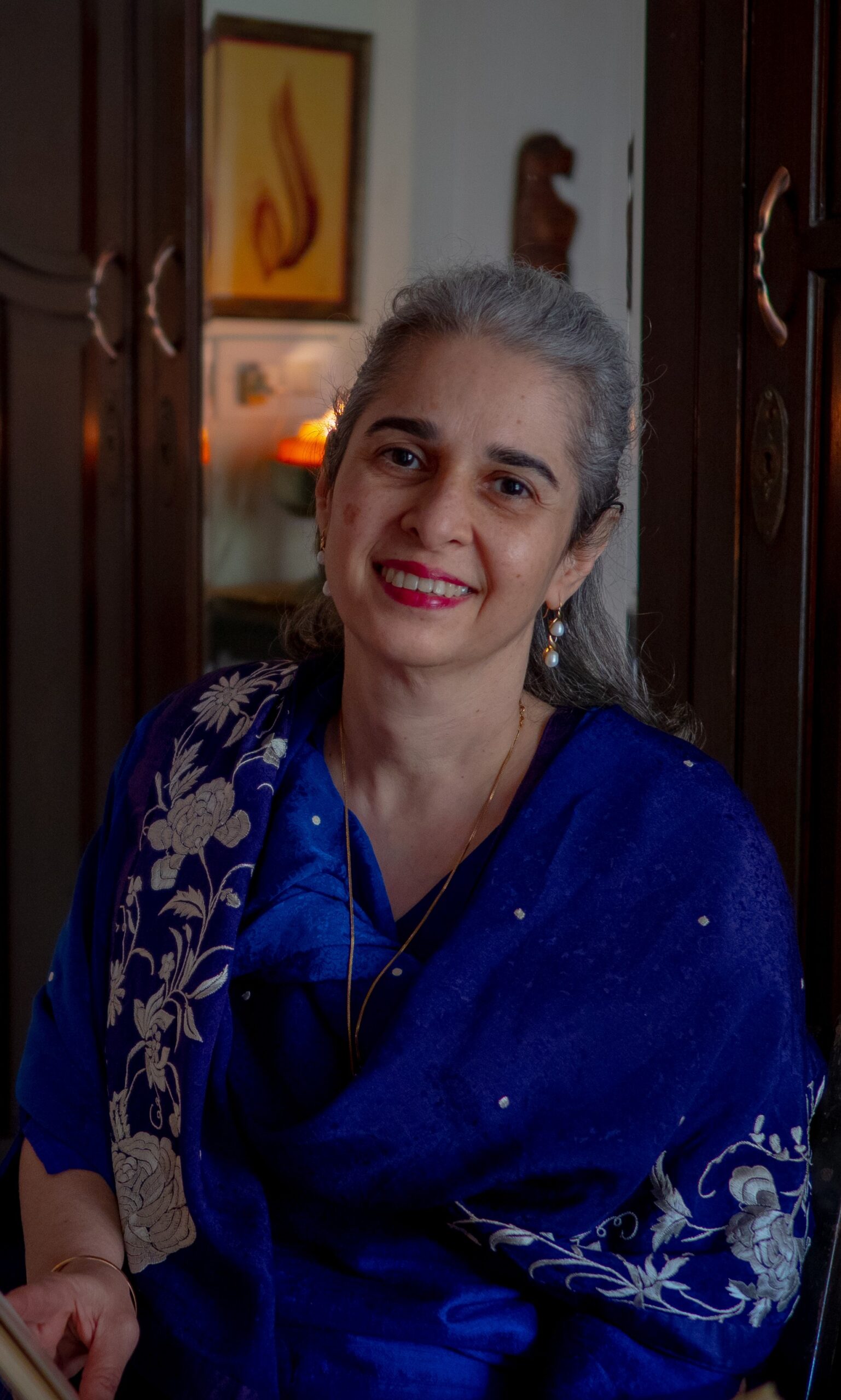