Parisa Khosravi is a multi Emmy, Peabody and Edward R. Murrow Award winning veteran journalist and executive. Throughout her career as senior vice president for international news gathering, national news gathering and the first global ambassador for CNN worldwide, Parisa directed historic courage of countless award-winning news stories such as the Fall of East Bloc, the earthquake in Haiti and the war in Syria. Parisa left CNN after three decades in 2015.

She has first-hand experience working with leaders and dignitaries across the globe in order to open doors to difficult and dangerous parts of the world where freedom of speech is in no way guaranteed.

She leads with empathy, compassion and integrity earning her the nickname of “Mother Parisa”.

Parisa’s joy and passion both in her career as a journalist and as mother to her special son is to help give voice to the voiceless. Parisa speaks on the topic of: Compassionate Leadership to audiences across private and public sectors. Parisa is an advocate for individuals with autism and has focused her efforts in helping the “silent champions” like her son, Payam. 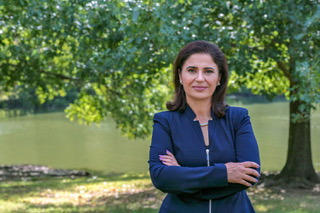