Oorvazi Irani is a dreamer and an actualizer based in Mumbai, India. Professionally she is an independent filmmaker and released her debut feature film “The Path of Zarathustra” (2015) in theatres in 5 cities in India as a PVR Directors Rare commercial release along with it being screened at 15 Indian cities as a special selection in the Woman’s Film Festival organised by the Federation of Film Societies of India.

She premiered her experimental short film “Anahita’s Law” (2019) at The National Gallery of Modern Art- Mumbai. She heads the Actor’s Studio at Whistling Woods International, one of the top film schools in India and envisions to create global actors with strong Indian roots. She is also an acting faculty and has helped pioneer the Michael Chekhov Acting Technique to India with her DVD and has the endorsement from Joanna Merlin, President Chekhov Association New York.

She nurtures young filmmakers in her role of Head of Film for the International Baccalaureate programme at the SVKM JV Parekh school as a Visiting Faculty. She is a film critic and a member of the Film Critics Circle of India and has been instrumental in writing books on cinema and been a jury for prestigious film festivals in India and abroad. She has been the Director of her home production company SBI Impresario Pvt Ltd. (incorporated by her father in 1975) and has worked on Indian and international projects with European Channels including Channel Four TV, London. She is also an amateur painter and enjoys appreciating beauty and expressing her subconscious self through her art. Above all she is an artist at heart and believes all her roles culminate in a self-discovery of herself and life around her.

Oorvazi strives to be true to the child within, valuing innocence and truth and committed to making a genuine change in the world with her humble efforts.

“You are what your deep, driving desire is.

As your desire is, so is your will.

As your will is, so is your deed.

As your deed is, so is your destiny” 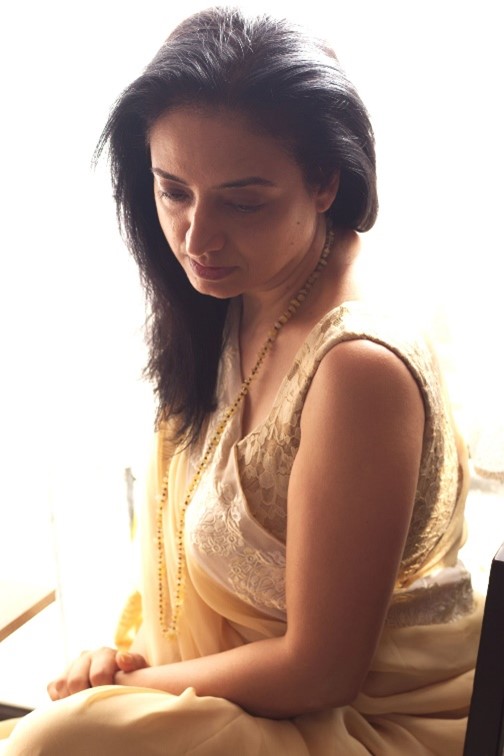