Dr. And Professor Negin Forouzesh, PhD; has a track record of reaching out to our community and humanity in Iran as well as the United States.

As a student from Iran, her research interests are Bioinformatics and Computational Molecular Biology with applications in Drug Discovery, which address critical challenges related to life science and human health. Her specific interest is in computational study of proteins, the molecular machines that make life possible.

Dr. Negin Forouzesh is a tenure-track assistant professor in Computer Science at the California State University in Los Angeles, where she teaches at the undergraduate and graduate levels, related to the design and analysis of algorithms, data structures, and their applications. She received her Ph.D. in Computer Science from Virginia Tech in 2020, where she was selected as the “Graduate Student of the Year”.

Negin was an active member of the Iranian Society at Virginia Tech (ISVT) and served as its treasurer from 2017 to 2018. She spearheaded several events at the Campus to showcase the bounty of Persian festivals including the Mehregan and Nowruz celebration.

Dr. Negin Forouzesh was officially invited by the organizers of the 2019   7th World Zoroastrian Youth Congress in Los Angeles, California; to serve as a panellist for a Special Session Titled Global Stories: How Women Will Modernize the World’s Oldest Religion. She officially represented the Zoroastrian Association Of Metropolitan Washington Inc at this Monumental Global Youth Congress.

Negin has been an active member of the Zoroastrian Student Association, also known as Kanoon, in her home country, IRAN. She served as Chair Of The Table Tennis Committee in the National Zoroastrian Olympics (Jam-e-Janbakhtegan) in 2009 and Chair Of The National Avesta and Gatha Festival (Mantra) in 2014. She was also an active participant at the 2011 5th World Zoroastrian Youth Congress in Vancouver, Canada.

Negin is a member of several professional communities including the Association for Computing and Machinery (ACM) and American Chemical Society (ACS).  She is also an advocate for women in computing in different organizations.

Dr. Negin Forouzesh believes in community power and thinks that what connects all Zoroastrians worldwide as a united society is our prophet Ashu Zarathushtra. And as a small but strong community, we must encourage each other to learn from his wisdom and implement his teachings in our daily lives.

And she proudly says:

Let us all commit to do that for the benefit of our future generation. 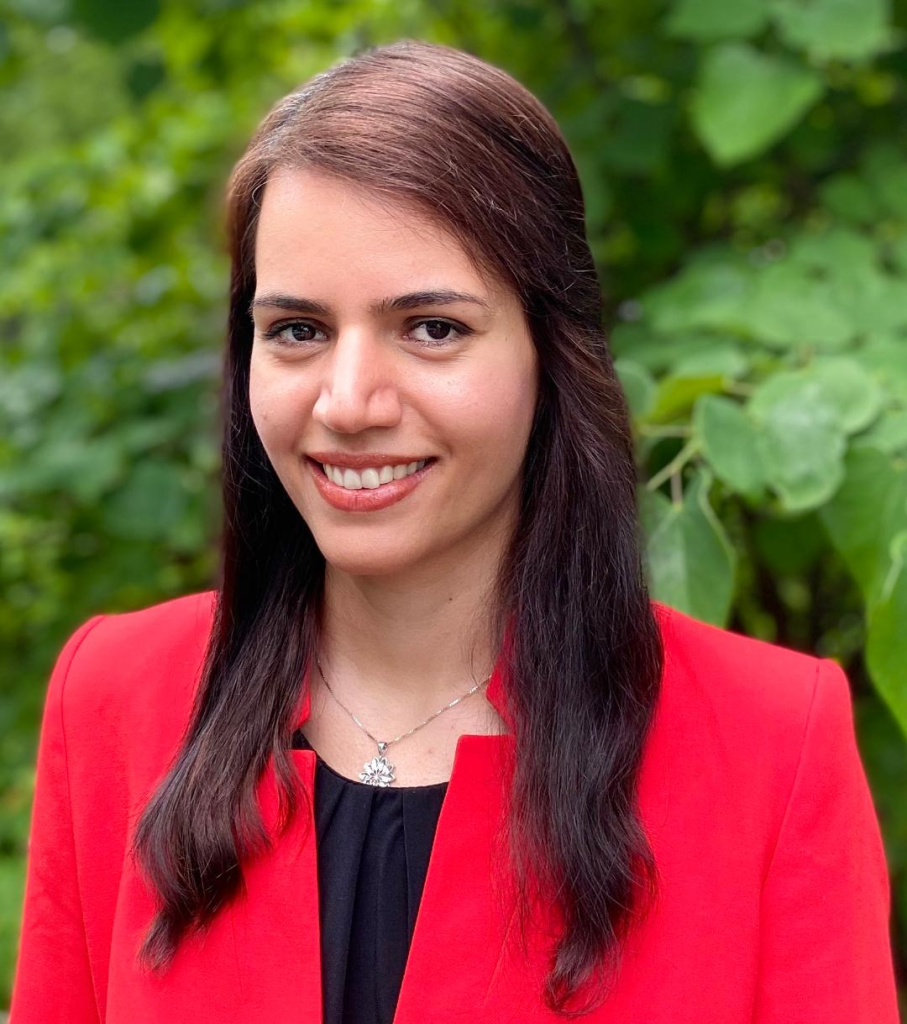