Dame Dr. Prof. Meher Master-Moos – the Founder President of the  Zoroastrian College, Sanjan, India has a number of firsts to her credit and many global awards for her social, religious and legal work. She was the first person in India to be awarded the prestigious UNO Secretary General Dag Hammarskjoeld Award – the only other lady so honoured was Late Mother Teresa, also in 1968. Meher is the only person in India to be awarded the Albert Schweitzer Medal for Humanitarian work internationally by the illustrious Polish Academy of Medicine in 1998; and by the Austrian Albert Schweitzer Society in 2000. She was conferred the medal for Inter Faith Peace by His Holiness Pope John Paul II in 1986 and the medal of Chokhan Valikanov by the Kazakhstan Academy of Sciences in 1992.

Meher received her M.A. at Oxford university and then went onto study at Michigan, Ann Arbor, U.S.A. Meher is a Barrister at Law from Lincoln’s Inn, London; Advocate of Bombay High Court; and a former Law Professor in Canada, / Australia.

She is a prolific writer, authoress of 23 books on International Law, Alternative Medicine, and ancient occult wisdom of the Mazdayasnie Zarathushtrian Daena. Her book on ‘THE RAINBOW COLOURS OF LIGHT & MEDICINA ALTERNATIVA’, was released in 1985 in Copenhagen, Denmark and is translated into German and Russian, and used as a textbook in several countries.

Among Meher’s groundbreaking achievements is the Zoroastrian College in Sanjan. Professor Master Moos has pioneered the promotion of Ancient Wisdom by providing a platform for people to do original research in these ancient sciences and discover new knowledge for practical benefit for modern day humanity. 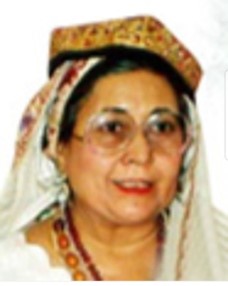