She has worked as a journalist since 1984 and is now an independent publisher as well. Her imprint is 49/50 Books.Its first title, Laughter in the House: 20th Century Parsi Theatre, went on to spark a vital revival of the traditional Parsi Natak with Adi Marzban’s veteran actors starring in successful stage production, also called Laughter in the House, based on her book.

She next compiled and co-published two editions of the popular Gujrati phrase-book Parsi Bol with photographer-film maker Sooni Taraporevala.

After working as Assistant Editor of The Illustrated Weekly of India, from the Times of India group of publications, she was invited to be founder Text Editor for The Art India Magazine and Verve magazine as well as Copy Editor of Marg, the foremost journal of Indian culture.

She was awarded the Scholarship in Advanced Journalism Studies at the International School of Journalism in Berlin, Germany in 1989.

A long-standing interest in documenting lost communities, ethnic diversity and the performing arts has seen her write extensively on these themes in leading national newspapers and magazines over 35 years. Popular earlier articles include those for the “Urban Legend” series in Bombay Times and then Sunday Midday, besides the parenting column “Big on Little”. She has also authored a pair of online columns for The Swaddle — “Lessons in Small Print” and “Modern Family”.

Among recent volumes she text-edited for reputed publishing houses are Changing Skylines: The Shapoorji Pallonji Sesquicentennial 1865-2015 and Chandigarh is in India.

Her current assignments include the widely read fortnightly column on Bombay heritage — “Once Upon A City “, along with researching and writing privately commissioned family and corporate histories. 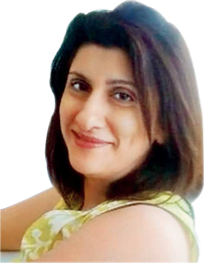