Meher has been involved in the education sector, in particular working with children with special needs, since 1985. She acquired a BSc in Child Development and Nursery School Training in 1984 and went on to acquire a Special Education Needs (SEN) Training Diploma (UK) in 1990.

In 1998, Meher began her career at the Special Children’s Educational Institute (SCEI) where she started as a Head teacher and has gone on to run the institute on a voluntary basis ever since. In 2014, SCEI was converted into a Not for Profit Trust by Meher along with her partner in order to provide a platform for the optimal development for children with mental and physical disabilities. Admission to SCEI is accepted on a needs blind basis with fees being payable as per the financial capabilities of each student, because of this the institute is able to include students from all different financial backgrounds.

Meher has cumulatively acquired over 30 years of experience to date working with special needs children. She is also currently a consultant SEN Specialist, working to design curricula and resource rooms for mainstream schools looking to integrate educable special children in accordance with their needs.

Aside from her work with special needs individuals, Meher is also an active volunteer of the Zoroastrian community in Pakistan. She joined the Education Sub-Committee of Karachi Zarthosti Banu Mandal (KZBM) in 1997 and became the chairperson of the Education committee in November 2000. Her main contribution was to make provision for appropriate academic support for struggling children as well as those who had learning disabilities.

Through her work with the KZBM, Meher was instrumental in the setting up of “Arman House”, the first needs built elderly home to serve the Zoroastrian community in Karachi. Since the conception of the Arman House in 2015, Meher has been actively involved in supervising its day to day operations.

In 2018, Meher joined the Board of the Save Our Children Foundation (SOCF), which is an association that works for the wellbeing and uplift of street children in Karachi. Her work with the SOCF involves in raising funds to set up a school for street children  where they are given access to an education and vocational training in order to improve their livelihoods in the future. 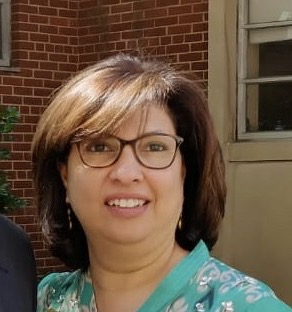