Mobedyar Mahshad Khosraviani was born and raised in Tehran. She and her family migrated to Toronto, Canada in 2000.  It was only then when she first realized the grave matter of her religion and culture that she became an active member of both the Irani and the Parsi communities in Toronto. Prior to her ordainment as a Mobedyar in 2012, she had been teaching the Avesta classes, working with children preparing for their Navjote,  writing articles for the Zoroastrian Society Of Ontario and Huffington Post newsletter, and acting as a guest speaker on Radio Asha.

Mahshad is the first Zarathushti lady Mobedyar on the North American continent, who was officially ordained in the summer of 2012. Mahshad has been endowed with the honour of becoming the youngest female Zoroastrian priestess in Iran, and the First in North America – the fruitful outcome of her formidable venture.   She is also the only ordained Mobedyar in the Zoroastrian world, who is recognized by both The North American Mobeds Council, as well as the Iranian Mobed Council. She is currently the Secretary for the World Zoroastrian Organization in Canada.

Mahshad has secured a double major in International Business Law at the Schulich School of Business and Human Resource Management at York University, Toronto, Canada.

Mahshad has been requested to conduct numerous religious functions and communal events around the globe, including Italy, United Kingdom, America, Canada, Iran, Australia and Germany.
She was also a Featured Speaker at the 2019 7th World Zoroastrian Youth Congress in Los Angeles, California and was recently showcased on the Episode-3 of the Zoro-Verse Podcast titled: Our Differences Make Us Glorious 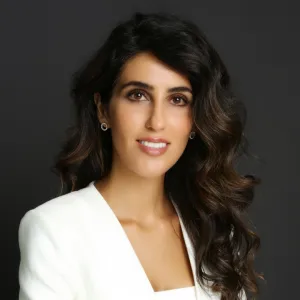