Dr Katayoun Mazdapour was born on March 22, 1943 in Yazd. She first moved to Isfahan with her family and then to Tehran, where she completed her primary and secondary education at the Giv and Anoushirvan Dadgar schools in Tehran, and received her diploma in literature from Homayoun High School in Tehran.

Research Professor of the Institute of Humanities and Cultural Studies

Teaching Ancient Culture and Languages ​​at the Institute of Humanities and Cultural Studies, Islamic Azad University, Iranology Foundation and the University of Tehran

One of the founders of “Foundation of Ancient Manuscript”, founded in 2000

Editor of two seasonal journal “Research Journal of Ancient Culture and Languages”, a specialized journal in the field of ancient culture and languages, contemporary Zoroastrian history and research on unwritten Zoroastrian culture (Issue 1: Fall and Winter 2018)

She is a researcher in the fields of ancient culture and languages, Persian calligraphy, calligraphy and myth. She has written many articles, among which are “Word and its meaning from Middle Persian to Persian”, “A few words”, “Easy Pahlavi” and “Red flower mark”.

Dr Mazdapour has been pursuing the preservation and publication of manuscripts related to ancient Iran for many years, and in this regard, along with several others, she established the “Foundation of Ancient Manuscripts” with the aim of identifying, collecting and preserving ancient texts and manuscripts. 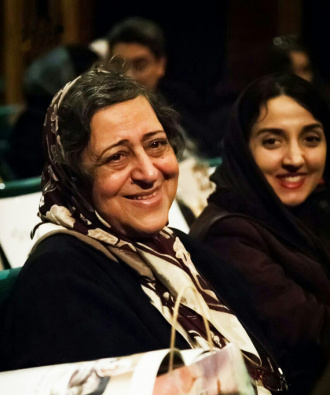