Havovi Antia was brought up in Jamshedpur and was part of a thriving Zoroastrian community since childhood.

She is currently settled in Melbourne, Australia with her family, and is an active member of ZAV. Havovi has strongly supported her family in holding many religious ceremonies for the community at their house.  She has also assisted her husband Ervad Kaivan and Fezan during the 10 Muktad Gatha days by setting up the vases, cooking delicious Stum food and performing the Stum ceremony.

Currently Havovi along with Diana conducts the Zoro School for young Zoroastrians growing up in Melbourne. The classes are planned to maximise student engagement and catered to the needs of the current community.

Professionally Havovi has done her post-graduation in Education (Early Childhood) from RMIT. She was an Educational Leader and is currently the Centre Director at an Early Learning Centre in Melbourne. 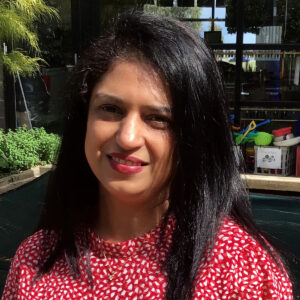