Dr. Firuza Parikh is the Director of Assisted Reproduction and Genetics at the Jaslok Hospital and Research Center and Visiting Professor in the Department of Obstetrics and Gynecology at the University of California at Los Angeles, (U.C.L.A.), USA.

Dr. Parikh has trained at the KEM hospital and the Seth G.S. Medical College Bombay and the Yale University School of Medicine in New Haven USA. She has had a distinguished career with several gold medals and first ranks. Dr. Parikh’s work has been featured on the front pages of the New York Times, the Washington Post, the Boston Globe and in over 1100 international newspapers and magazines including Newsweek and Time magazine.

In 1999 Dr. Parikh delivered her 1000th baby for an infertile couple prompting the renowned artist Mr. M.F. Hussain to make a large painting in her honor. She has been actively involved in the Jiyo Parsi program to enhance the fertility rates in the Zoroastrian community. 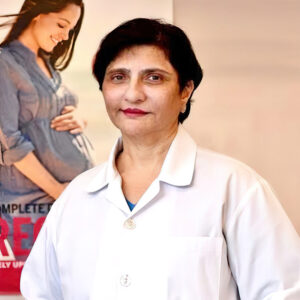