Dr. Feroza Jussawalla, is Professor Emerita at the University of New Mexico., where she won the Alumni Teaching Award in 2014. She taught at the University of Texas at El Paso from 1980-2001 and at the University of New Mexico from 2001-2021. She is the author and co-editor of several books, primarily on Postcolonial Literatures: Family Quarrels: Towards a Criticism of Indian Writing in English, Peter Lang 1984, Interviews with Writers of the Postcolonial World (Mississippi:1997), Conversations with V.S. Naipaul, (Mississippi 1999), and Emerging South Asian Women’s Writing, (Peter Lang, 2017). Her collection of poems is Chiffon Saris 2003. Most recently she has co-edited, Memory, Voice and Identity: Muslim Women’s Writing from Across the Middle East) Routledge, 2020. Forthcoming, also from Routledge, is Muslim Women’s Writing, from South and South East Asia. She has thirty plus book chapters and articles, and several poems published separately. Her additional specialization is in D.H. Lawrence. 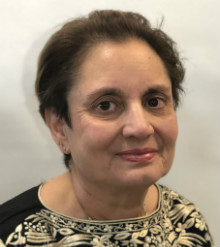