﻿When Dina Vakil was appointed editor of the Bombay edition of The Times of India in 1994, she received a tongue-in-cheek card from the head honcho of a local marketing and research group. It read: To the young lady of Bori Bunder, congratulations. The “young lady” in question was already well into her forties as she readied to occupy the corner office at The Times of India, which had for long been dubbed The Old Lady of Bori Bunder. That was an unbecoming moniker to say the least, and far from accurate: a phalanx of alpha males had taken turns running the paper since 1838. Ms Vakil was the first woman editor to breach that gender barrier in nearly 160 years.

For today’s young women, so used to options, job mobility and instant celebrity status, none of this may appear to be a big deal. But back in the 1970s, when Ms Vakil made her first foray into print journalism in India, jobs were scarce, newspapers scarcer, and it was especially difficult for young women, however aspirational, to think big. She was already armed with a Master’s degree in journalism from Columbia University, and had completed a six-month stint in the press office of the United Nations in New York, but neither of those calling cards, as she soon discovered, had the power to prise open the newsroom door of a hallowed Indian daily. In the early ‘70s, there was only one-woman reporter at The Times, and she stood out because of her sari.

Ms Vakil spent the next twenty years learning her trade hands-on, starting as a copy editor at the women’s magazine of the Times Group, the only opening available to her at the time. In the 1980s, she grew her professional portfolio by taking on editorial positions at smaller national dailies, including The Indian Express, where she was editor of its newly launched Sunday magazine, and two New Age start-ups, low on budget but stylish in design and fiesty in their editorial approach—The Indian Post and The Independent. As a roving national correspondent for The Indian Post (of which she later became executive editor), Ms Vakil criss-crossed the country on varied reporting assignments, some risky, some quirky, and often doubled up as photographer.

Ms Vakil’s abiding interest in international affairs continued to draw her back to the UN and its development arm, UNDP, in New York and Vienna, for several short-term assignments throughout the early part of her career. She retired as The Times of India’s Mumbai editor in 2009 after 11 years in that position and four more at the same paper as its consulting editor. She confesses not to mind if, on occasion, she is now jocularly referred to as the Very Old Lady of Bori Bunder. Ms Vakil still remains an avid reader of newspapers from across the world and is grateful that they continue to survive—even if by the skin of their teeth. 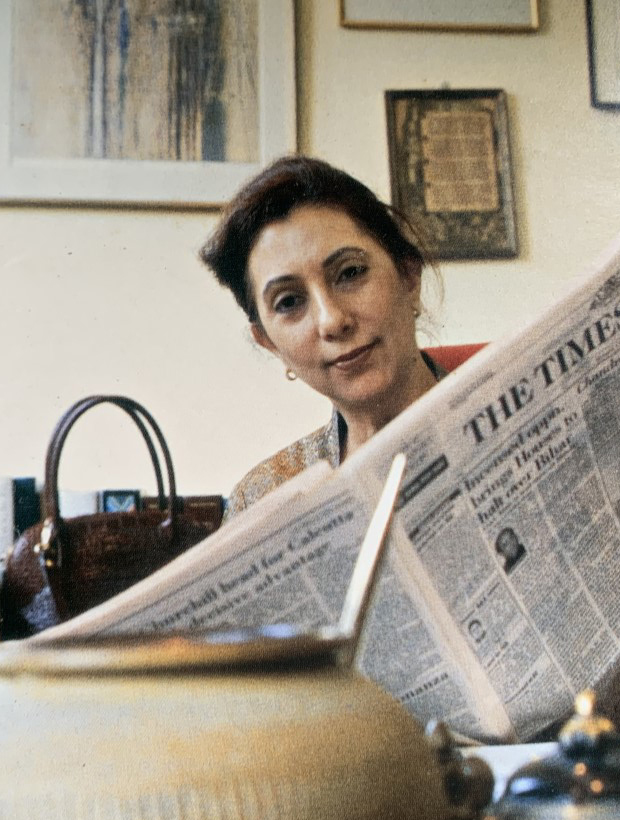