The greatest Indian woman cricketer of all time- Diana Edulji, recipient of the Arjuna Award and the Padma Shri has always dominated the cricketing arena during her tenure as an all-rounder. She has had an incredible journey playing for Mumbai, Railways, then migrating to the Indian National Team playing the likes of mighty oppositions like England, Australia, New Zealand, West Indies, Holland, Denmark and Ireland. She represented India in 20 Tests, picking 63 wickets with best bowling figures of 6-64, while in the batting department has top scored with an unbeaten 57. In 34 ODI’s she snapped 46 wickets with best bowling of 4-12.

She has also played in three World Cups and captained the team in two of them. The team entered two finals and were also one-time semi-finalists. Due to these historical past performances, women’s cricket is being taken seriously today.  She was also indeed privileged to have been a part of the Indian women’s cricket team that won its ‘first ever Test Match’ playing Vs the West Indies in Patna.

She was later appointed in the BCCI administration panel by the Supreme Court of India on 30th January 2017.  During the period of her tenure, past women cricketers were also given a one-time benefit and pension, which was only given to men earlier.

Diana has always stood up, voiced her ideas… pushing for the betterment of women’s cricket, especially in India and till date she remains an inspiration for many young girls who admire her and look to follow in her footsteps. 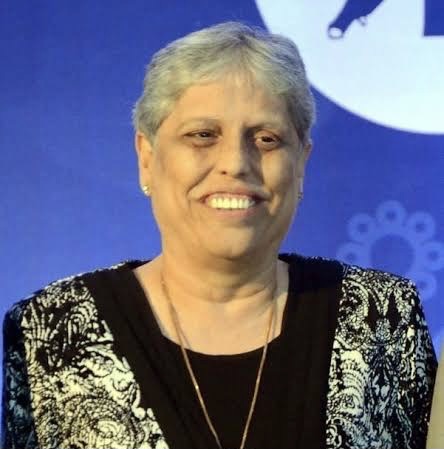