Trained as a pianist in her hometown of Bombay, she won the Palamkote Awards for both her Associate and Licentiate diplomas of the Trinity College of Music, London.  As a teenager she joined Dr. Victor Paranjoti’s chorus as a soprano, and soon her exemplary musicianship and innate leadership skills saw her in a quasi-assistant conductor role to the maestro.  On his death in 1967 she picked up the baton and took the already internationally acclaimed Chorus to new heights.

Besides the mentoring she received from Dr. Paranjoti and some masterclasses with German conductor, Helmuth Rilling, a major exponent of the works of J. S. Bach, Mrs. Wadia is largely self-taught, making her many accomplishments all the more laudable.

She has served on juries of choral competitions in Poland, Brazil, Sri Lanka, and India, on the selection panel of All India Radio, on the Board of Examiners of the University of Mumbai for western music, and edited Dr. Paranjoti’s compositions published by Earthsongs Choral Music.

In 1972 she represented India at the opening of the Kennedy Center in Washington, DC, and at the International University Choral Festival in New York City.  In 1981 she conducted over 700 singers and instrumentalists from around the globe in the grand finale concert of the Partnersingen Festival in Stuttgart, Germany.

She has championed the works of Indian composers like Vanraj Bhatia, Abel D’Cruz,  J Amaldev, and her husband and staunchest supporter, Nariman Wadia.

Besides hundreds of singers, many Indian instrumentalists have played concerts and concertos, often at their Indian debuts, under her baton.

She was awarded the Golden Olive from the mayor of Tolosa, Spain, and in 2018 was honoured with the Laadli Woman of the Century Award in Mumbai.

Reviewing the inaugural concert of her first tour of Europe with the Paranjoti chorus in 1974 a German critic wrote: Her sensitive, magic hands reduced their gestures to an absolute minimum.  This young woman has a very strong artistic will, a suggestive force which holds the choir inescapably gripped by her interpretation… even the most vehement fortissimo cannot shake this disciplined woman. 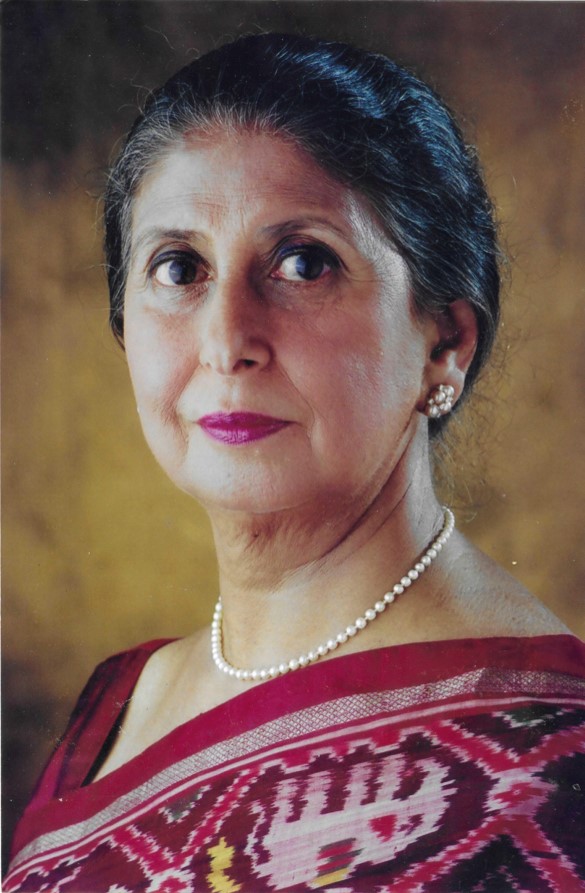