Cainaz Vakharia graduated from Tulane University in 1994 with a Bachelor of Science Degree in molecular biology and was commissioned as a Second Lieutenant in the U.S. Army. Today she is a colonel with 28 years of service.

Cainaz served in Germany, Turkey, and South Korea, and then transitioned to a specialization in South Asia.  As part of her training, she studied Hindi and Urdu and completed a masters in international relations at the School of Advanced International Studies (SAIS), Johnson Hopkins University.

During her career, she served in the U.S. embassies in India, Pakistan, and Bangladesh as an Army Attache and Defense Attache.  She also has tours in the Pentagon and the State Department.

Cainaz has enjoyed teaching the children’s religious class intermittently and hopes to take a more active role in the Zoroastrian community after retiring from the Army. 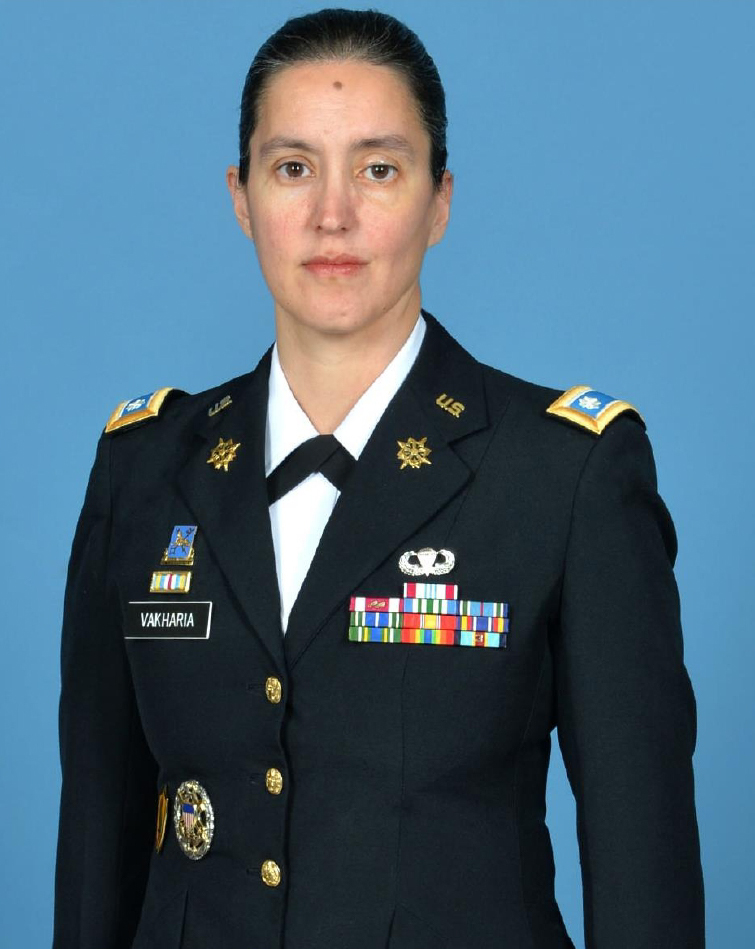