She started learning Bharatnatyam from the age of 4 from Gurus Smt. Neelaben Raval of “Felicity Art” (Surat) and later from Guru SIVARAMAKRISHNAN, Mumbai.

At present she is the only Parsee Guru and Performer in Gujarat as well as in India in the field of Bharatnatyam, a ‘Gold Medallist’ in B.A and M.A in Bharatnatyam.

1st Parsee Girl from Gujarat to perform her SOLO Arangetram in 1991.

In 1988, 1989 & 1990, She has performed and Represented India in the International Folklore Dance Festivals held in Canada, France and Turkey.

1st to introduce the Concept of Group Arangetram in Bharatnatyam to make it affordable for talented dances.

Since 1994, she has trained 5500 students and presently teaching 400 students in Bharatnatyam and Folk-Dance Forms.

Utkarsh students have performed at many National and International Platforms.

She is thankful to her Gurus, Families and her Utkarsh team of Girls. 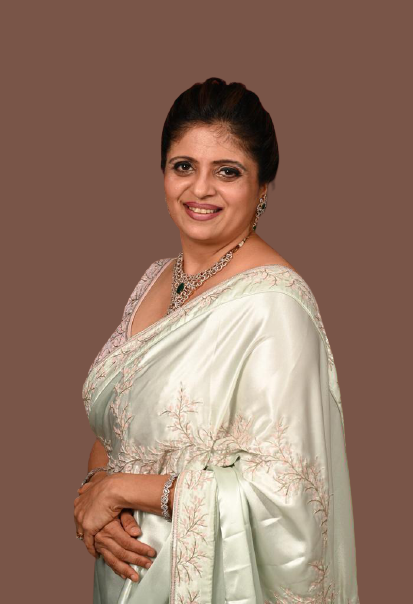