In 1978, when publishing in English was practically non-existent in Pakistan, Sidhwa self-published her novel The Crow Eaters. Since then, The Bride, Cracking India, An American Brat and Water have been published worldwide and translated into German, French, Italian and Russian. Besides novels, she has written short stories and essays and worked closely with Deepa Mehta for making the films Earth and Water. Her five books reflect her personal experience of the Indian Sub-Continent’s partition and abuse against women.

Bapsi Sidhwa has received numerous awards and honorary professorships for her works, including Pakistan’s highest honor in the arts, the Sitari-I-Imtiaz, in 1991, the Bunting Fellowship, Premio Mondello, the Lila Wallace award, the German Literaturpreis and a Notable Book of the Year from the American Library Association. At the turn of the century, Bapsi was inducted in the Hall of Fame, Daughters of Mashyani, Houston, as one of the most remarkable Zoroastrian woman of the 20th century.

Sidhwa was born on August 11, 1938, in Karachi to Peshotan and Tehmina Bhandara and later moved with her family to Lahore. She was two years old when she contracted polio, which affected her throughout her life. She was homeschooled and became an avid reader to make up for the absence of camaraderie. She received her BA from Kinnaird College for Women in Lahore.

She married at the age of 19 and moved to Bombay for five years before she divorced and remarried her present husband, Noshir Sidhwa. She had three children before beginning her career as an author.

Bapsi has resided in Houston, Texas, since 1991. She describes herself as a “Punjabi-Parsi.” Her first language is Gujarati, her second language is Urdu, and her third language is English. She reads and writes best in English, but she is more comfortable talking in Gujarati or Urdu and often translates literally from Gujarati or Urdu to English. 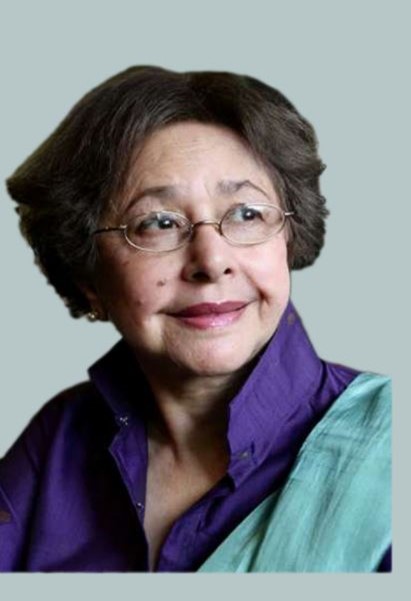