Arnavaz Damania is an iconic name in the world of sports. She was the President of the Women’s Hockey Association of Maharashtra for 26 years. President of the Indian Women’s Hockey Federation for five years and on the International Hockey Federation, officiated as Tournament Director in Hiroshima Asian Games 1994 and Asian Games in India in 1982.

An entrepreneur by spirit, it is not surprising that she received the entrepreneur award for starting The Gazelle Health and Spa beauty Parlour in 1982.

She brought in the same passion and zeal to a social cause and founded Connecting NGO for suicide prevention in 2005. She is the founding trustee and has been tireless in her efforts with the NGO for the past 17 years. From an idea and vision that she held, this volunteer driven NGO has grown to support people in emotional distress and those feeling suicidal– through its helpline service,  peer support program in schools, support for survivors of suicide and spreading awareness about mental health. Arnavaz is passionate about deepening the preventive aspects of suicide prevention especially among youth. Given that there is high incidence of suicides and suicidal attempts among young people in India, Arnavaz works tirelessly towards greater social impact and increasing awareness. 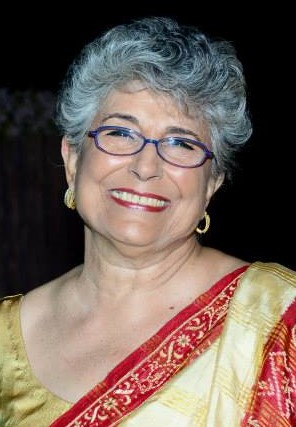