Afreed Mistry has been volunteering for the Zoroastrian Community since the age of 13.  She has been actively involved with the local Toronto community, FEZANA and the Global Zoroastrian community. In 2018, she was one of the Masters of Ceremonies at the 11th World Zoroastrian Congress in Perth, Australia.  She has co-chaired two North American Zoroastrian Youth Congresses in Toronto and Miami. Afreed has attended twelve Zoroastrian Congresses all over the World and has been a speaker at six of them.  She is also FEZANA’s main representative to the United Nations and has attended and presented at eight United Nations’ Commission on the Status of Women conferences.

Afreed has been teaching the Zoroastrian religion to local Sunday school children for 23 years.  She has co-authored three religion class teacher’s handbooks for first 6 levels of religion class education.  Her latest endeavor is the FEZANA Ava Project which is for Zoroastrians all over the world to contribute towards taking care of the environment and to create a learning community.

Afreed has a bachelor’s degree in Computer Science and works as a Network Designer at a bank in Toronto.
Connect with Afreed on Facebook, Instagram or LinkedIn. 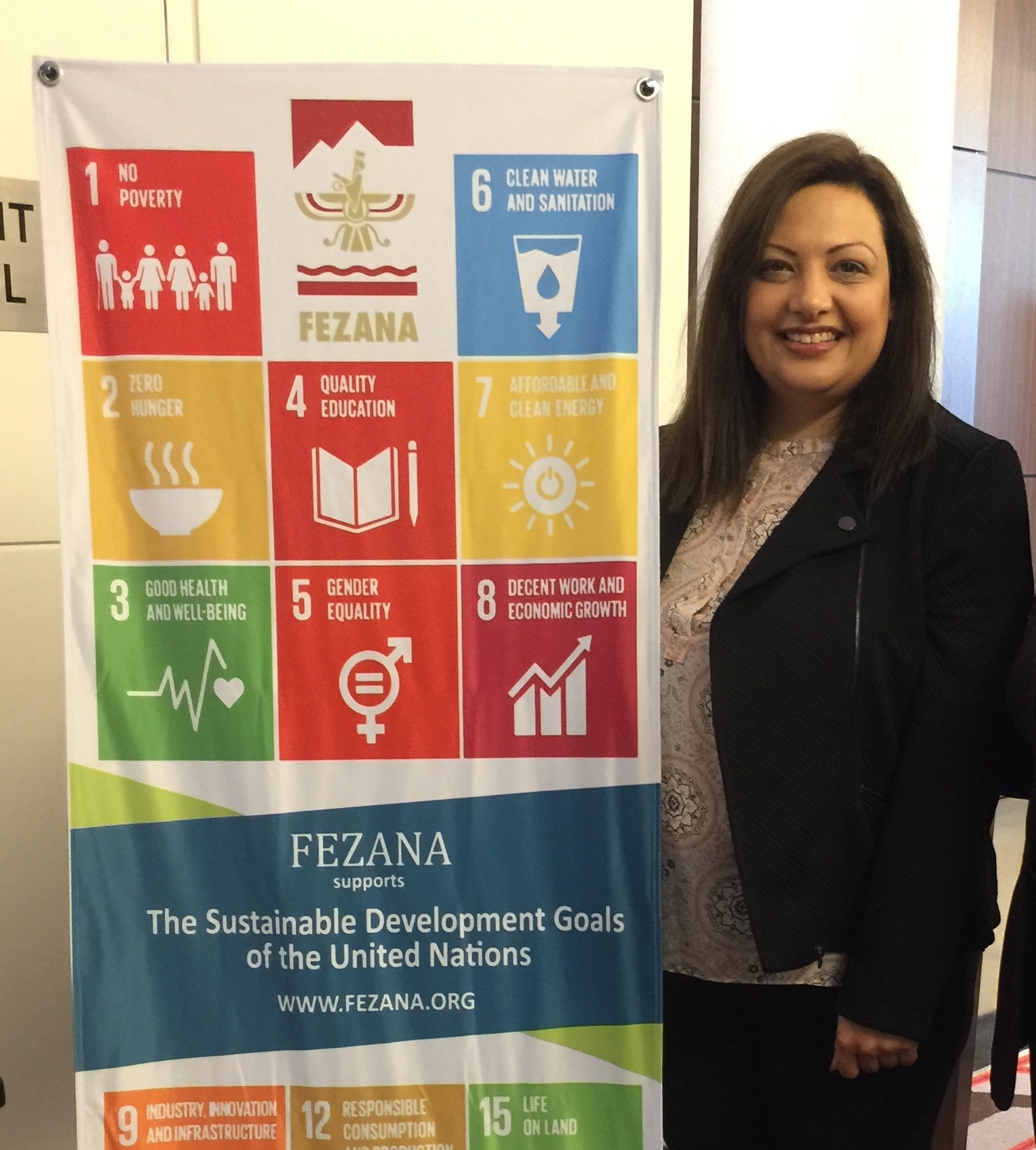