Aban Marker Kabraji currently works as a Senior Advisor on Climate Change and Biodiversity to the UNDCO in the Asia Pacific and to the AIIB and is a Board member of TRAFFIC. She served as the Regional Director for The International Union for Conservation of Nature (IUCN) Asia and Director of the IUCN Regional Hub for Asia-Oceania. With over 40 years of global experience, she led a diverse portfolio in 15 countries under the Asia and Oceania regions where she was instrumental in bringing awareness to vital development and conservation issues such as gender, culture, and sovereignty. In 2018, she was a recipient of the Tamgha-i-Imtiaz, Pakistan’s Civil Award recognizing her outstanding contributions to conservation and development. Ms. Kabraji is also the co-chair of the Zoroastrian Return to Roots program established in 2012. Her role involves supporting the youth leaders of the program fundraise, plan and implement a 10-day trip to India to foster cultural awareness for Zoroastrian youth in the diaspora. 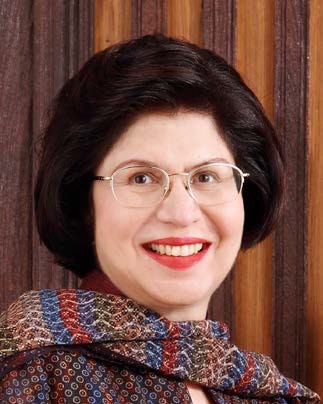